Bassia is a genus of flowering plants in the amaranth family, Amaranthaceae. They are distributed in the western Mediterranean to eastern Asia. The species of genus Bassia are annuals or perennial subshrubs.

Their leaves are variable. The flowers are normally inconspicuous, in spike-like inflorescences without bracteoles. The fruits are achenes. The seed contains an annular, horseshoe-shaped or folded embryo that surrounds the perisperm. 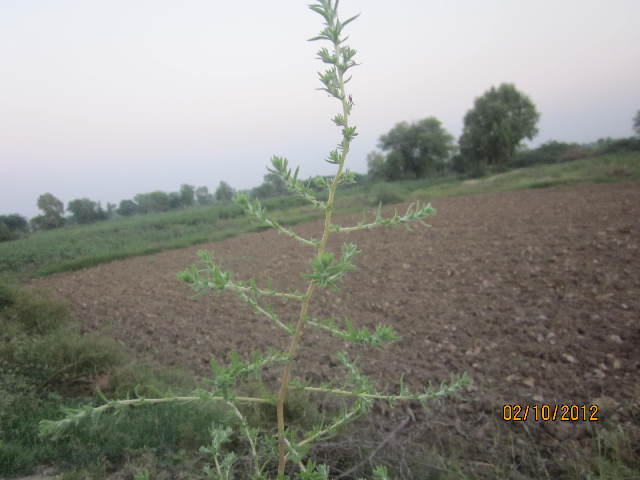 The fruiting perianth remains either unappendaged or develops 5 wings. The wings are spiny in Bassia hyssopifolia. According to its most recent description, the genus is defined by its three types of C 4 “kochioid” leaf anatomy.

Many other characters cannot be used to insica species from one another, because they are variable among individuals within the species. The genus mainly occurs in steppe and desert ecosystems. Phylogenetical research suggests that the genus evolved in the Miocene.

Some palatable species of Bassia with high protein content are valuable components inxica rangelands, sometimes seeded for the melioration of overgrazed rangelands. The genus name Bassia was first published in by Carlo Allioniwith the type species Bassia muricata L. The genus belongs to the subfamily Camphorosmoideae of the Amaranthaceae. As ofafter its most recent reorganization, it contains about 20 species.

Kochia indica in Flora of Pakistan @

Several other species formerly classified in Bassia are now treated in new genera in the subfamily Camphorosmoideaesome of them monotypic. Bassia saxicola [6] is now Eokochia saxicola.

Views Read Edit View history. In other projects Wikimedia Commons Wikispecies. This page was last edited on 22 Marchat By using this site, you agree to the Terms of Use and Privacy Policy. Wikimedia Commons has media related to Bassia. Wikispecies has information kochhia to Bassia Amaranthaceae.